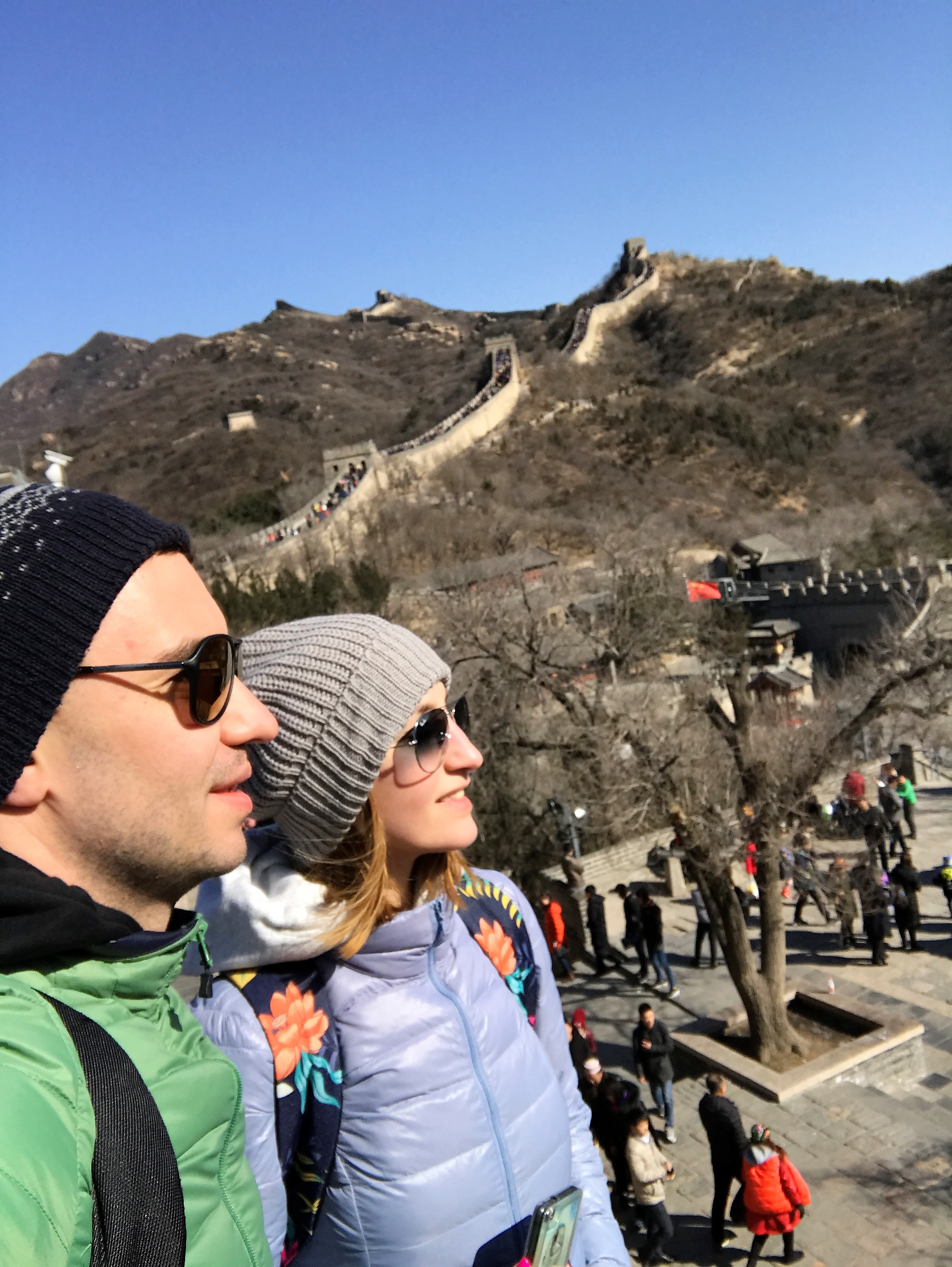 Exotic holidays in the winter time have become our tradition.

In February 2017 we set out for another big trip – this time to Asia. For both of us it was the first time to visit that continent.

Tickets bought, suitcases packed up, we were ready to explore the country of our final destination. But before reaching the place, we had the stopover on both ways in Beijing.

Our plan was to visit the Great Wall of China during the fisrt visit in Beijing and on the return way to go around the monuments in the city.

We took the train from the airport to the city center, then the tube and another train. After around 1,5 hour we reached Badaling and could admire the largest man-made structure in the World.

The Great Wall of China is for sure the breathtaking place especially when you realize that it was created by the human.

But not only the wall was an atrraction for tourists ;)

We spent several hours in Badaling and later went to the shopping mall to get warm as the temperature was around 0 Celsius degree.

Even though the city is enormous and almost all the signs written in Chinese, it wasn’t so difficult to get around.

Unfortunately, most Chinese people don’t speak English and it was very hard for us to communicate especially in restaurants or shops. But the language is not necessary when you want to wander around the city and admire monuments.

After exploring the monuments it was the time to eat something and we chose to try Chinese street food which was really fresh and delicious.

Do you have any ideas where we were travelling with the stopover in Beijing?

One thought on “First time in Asia – Beijing”