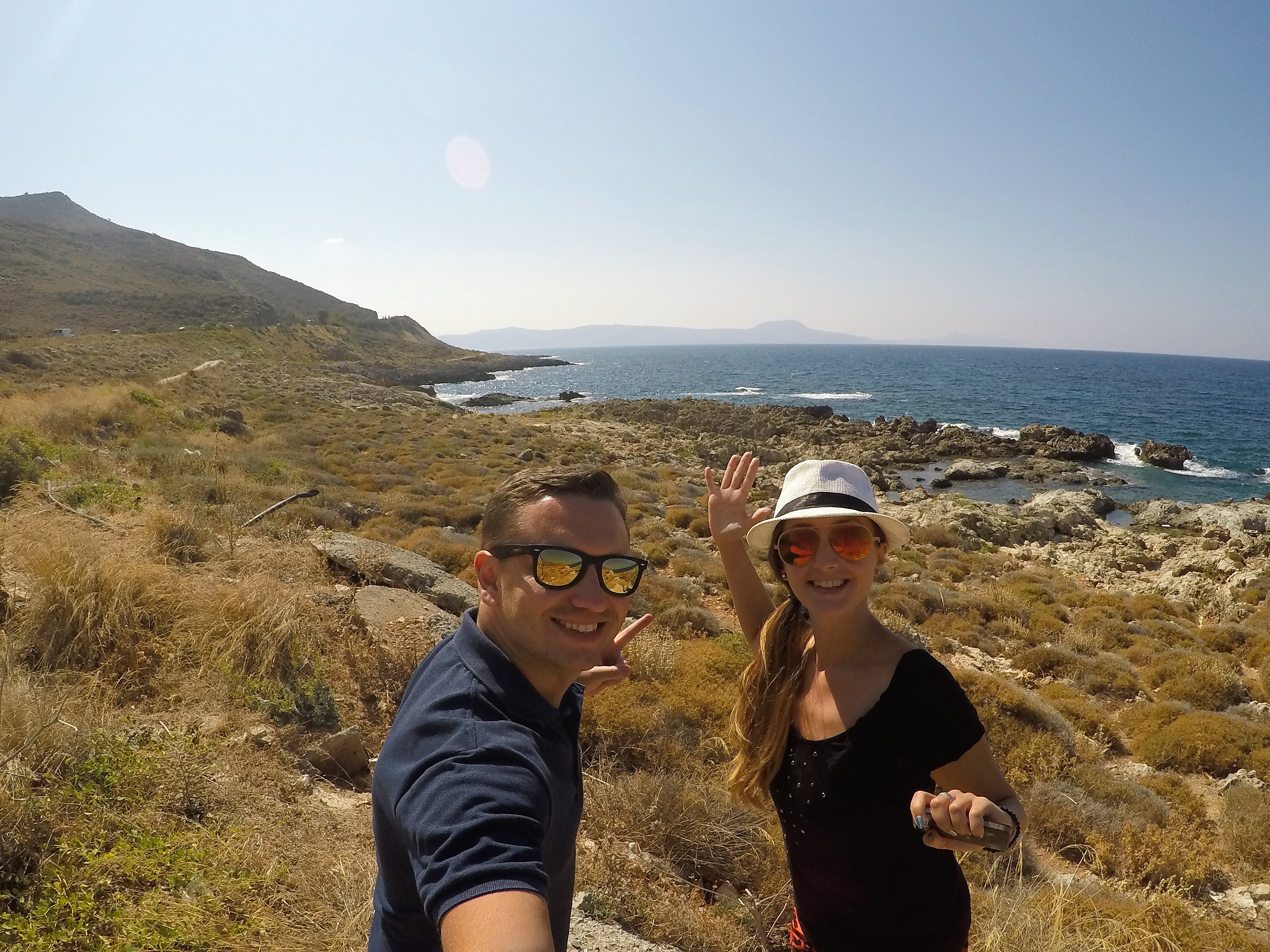 Retimno (Rethymnon) called Cretan Venice with no canals ;) was the second destination we wanted to reach by car.

From our hotel (marked with the red star on the map) it took almost 2 hours to get there because all the time we stopped somewhere to admire the views. The main road leads next to the coast so it is hard not to pull over for a while to take some pictures.

When we finally reached Retimno, we realized that the place is really similar to Venice because of the narrow alleys, small restaurants and artisan shops. It was a great time to walk around the old town looking for the hidden treasures such as: the mosque, little churches and fancy souvenir stands.

After sightseeing and quick shopping we were pretty hungry and were looking for the nice restaurant to eat something delicious. We chose to visit one of the restaurants situated at the foot of the castle with the tables almost touching the sea. I ordered again calamaries and I was delighted again :)

Going back to the hotel we stopped somwhere at the beach to cool down our bodies in the refreshing sea and have the time to relax.

In the evening we reached Chania – the city that used to be the capital of the island. Chania is full of tourists during the summer time and, as you can already know, I don’t like crowded places so didn’t enjoy that city at all.

I didn’t have time to explore Chania but I am sure there is a lot of to do in that city. Have you been there?

P.S. The number of avocados eaten on that day: 0

4 thoughts on “Retimno by car”