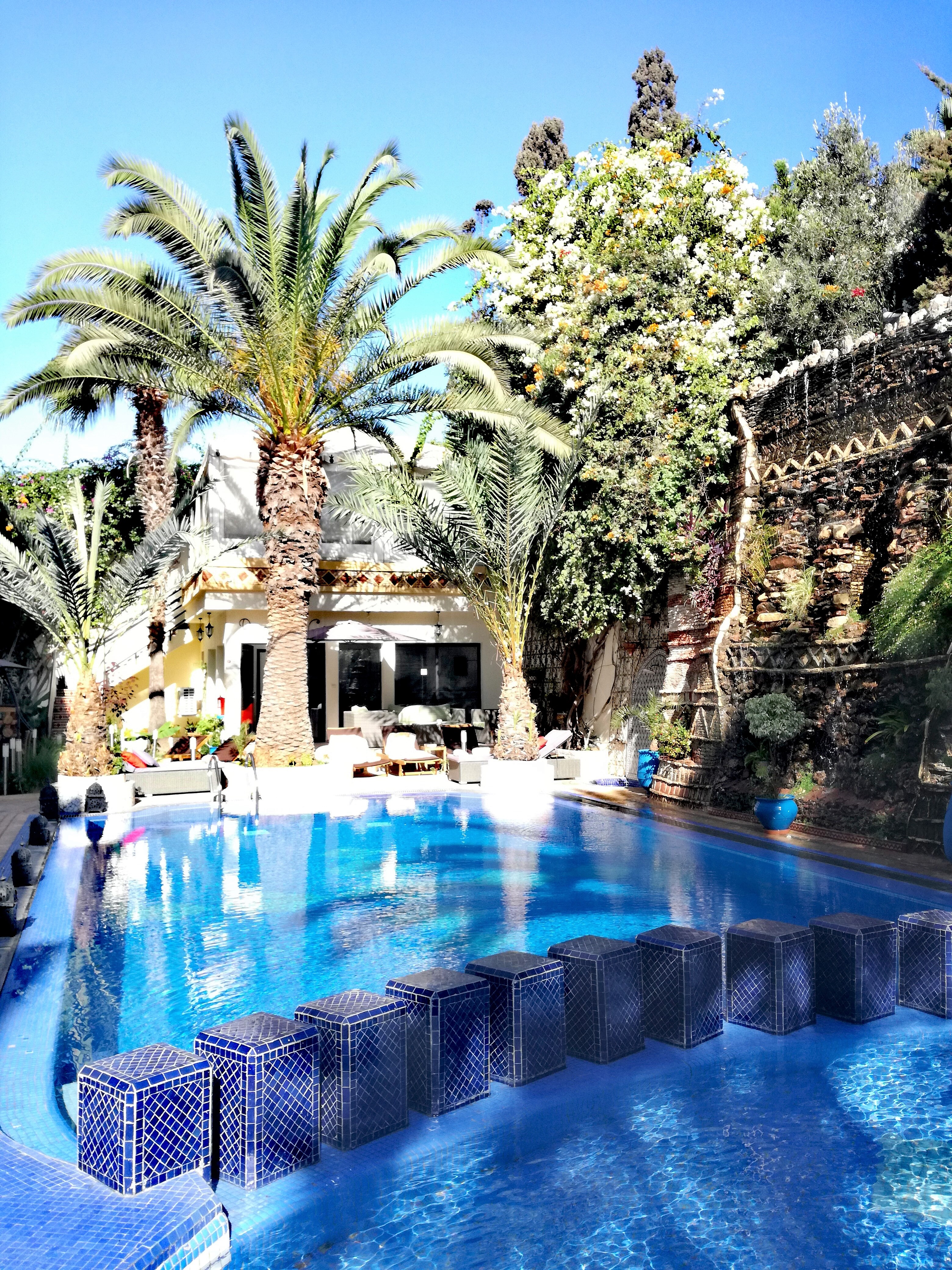 In November 2017 I was celebrating my birthday. To spend this special ocassion in a warm place at the seaside, we chose to visit Morocco.
Quick plan: we are staying there for one week and want to see as much as we can, as usual ;)
We started our Moroccan trip in Agadir where we arrived by WizzAir directly from Budapest. I have to say that I was scared after leaving the airport because we saw thousands of people running and screaming on the streets and we didn’t know why. What was the reason? The national football team qualified for the 2018 World Cup in Russia! The happiness was seen everywhere :)

Our first 3 nights we spent in Atlantic Hotel Agadir where we paid 162,51 € with breakfasts. The hotel was great, really. Just look at the outside pool :) 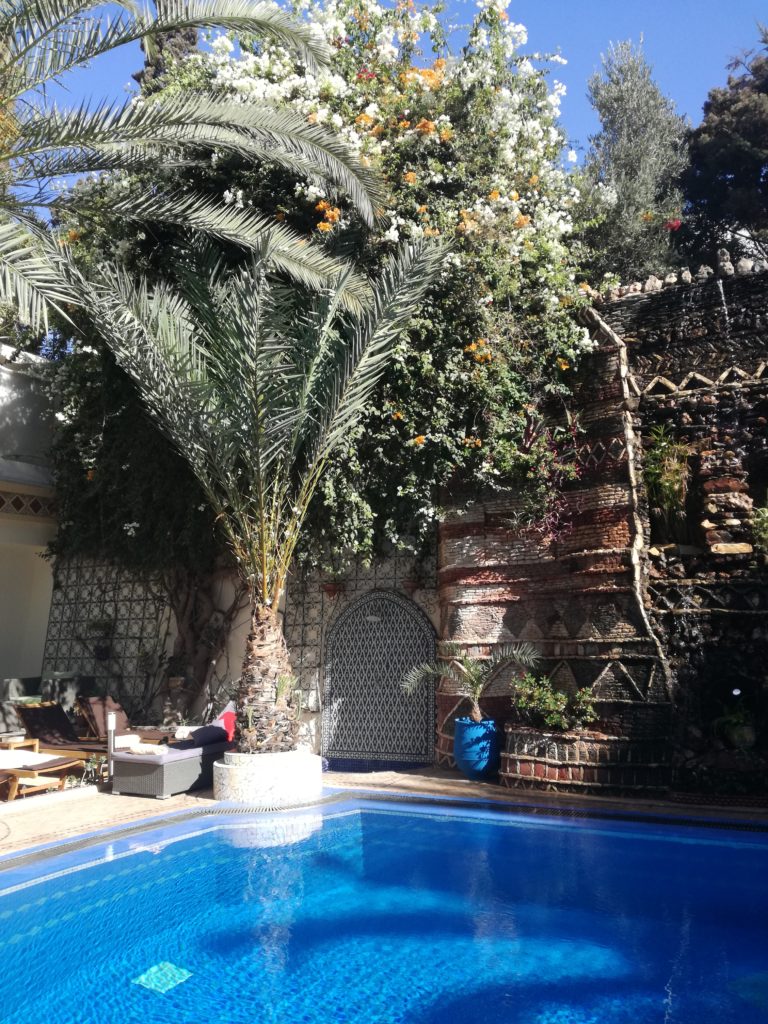 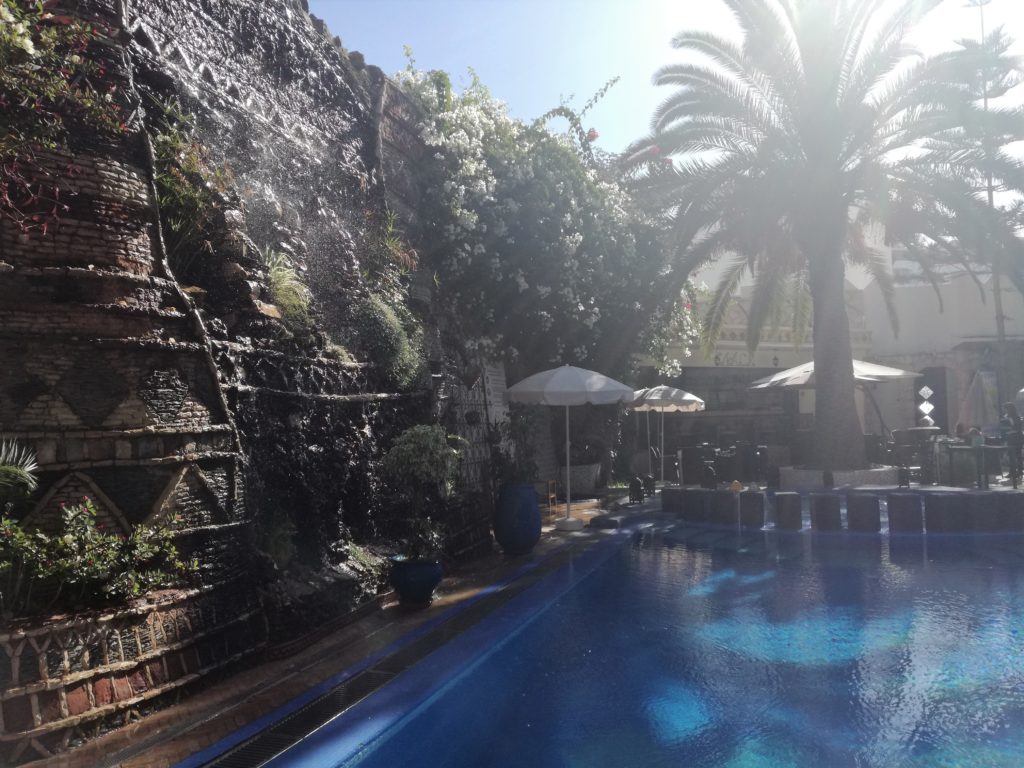 The next day we went for a walk around the city. We were especially interested in the Moroccan cuisine so it was our must have to eat tagine. There are a couple of meat variants to choose: fish, lamb, chicken, prawn, etc. The price is usually up to 100 MAD (dirham). 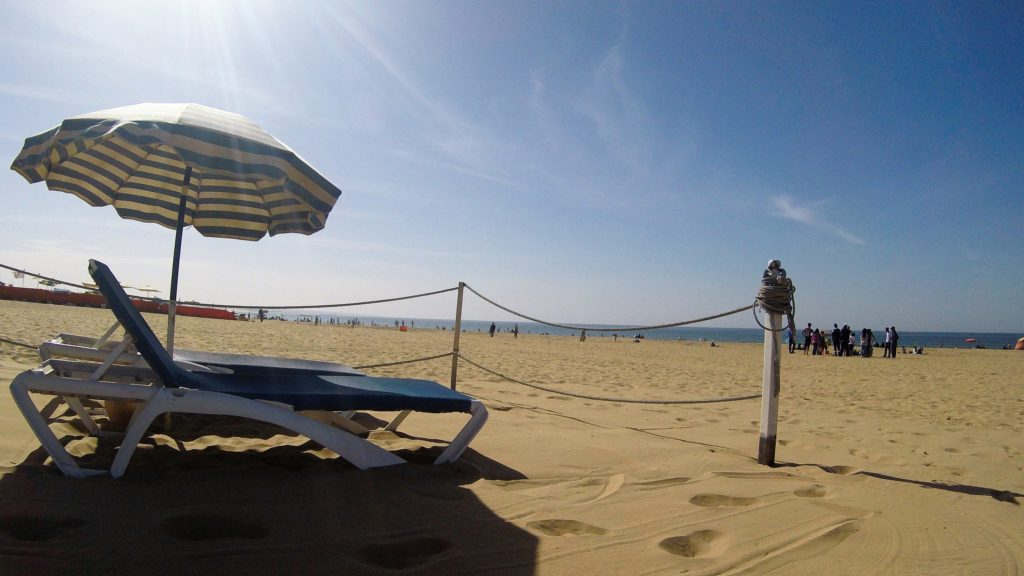 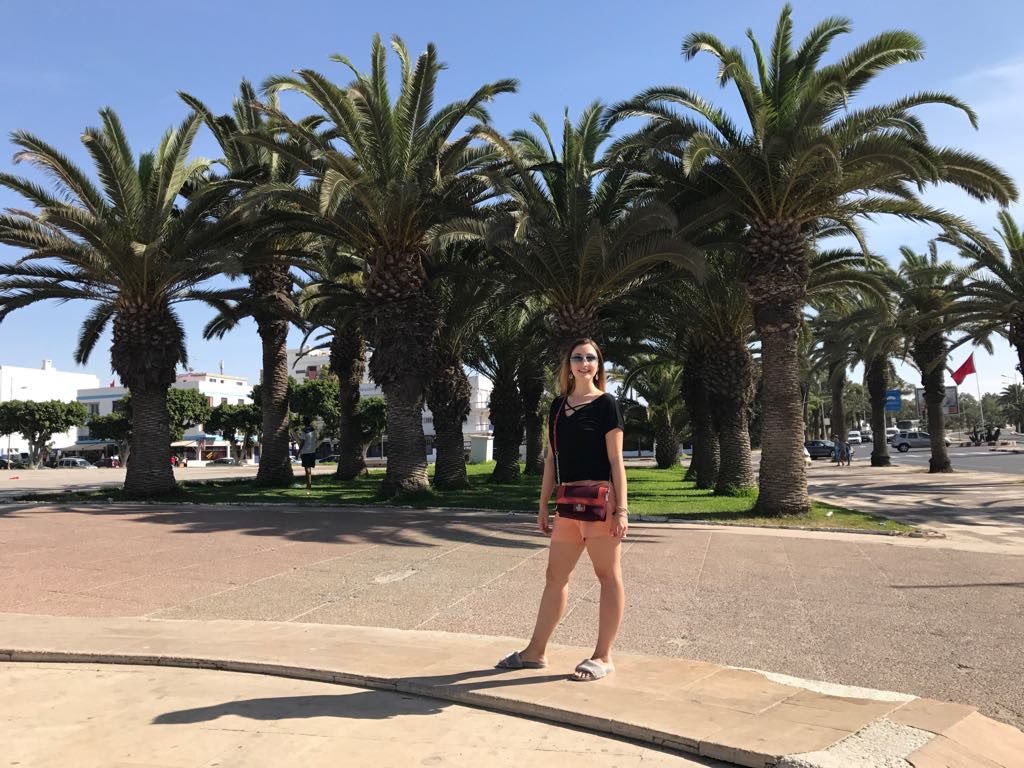 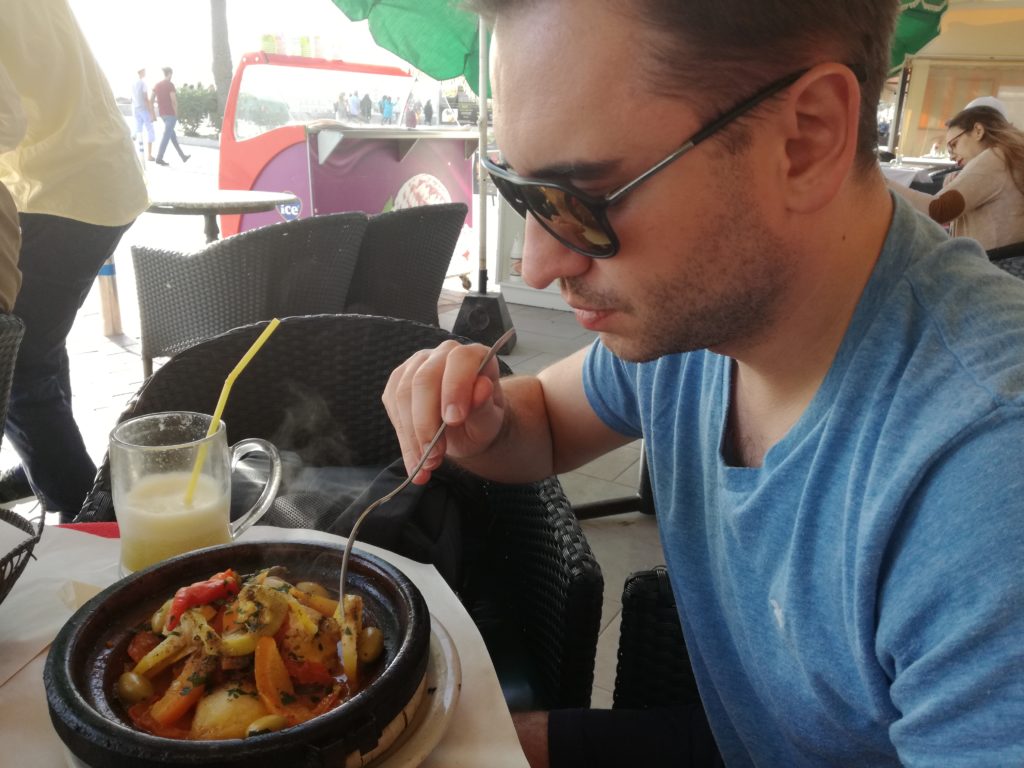 In the evening we had a romantic dinner in the restaurant next to our hotel – Scampi Restaurant. I ate tasty and fresh calamaries and enjoyed local wine. 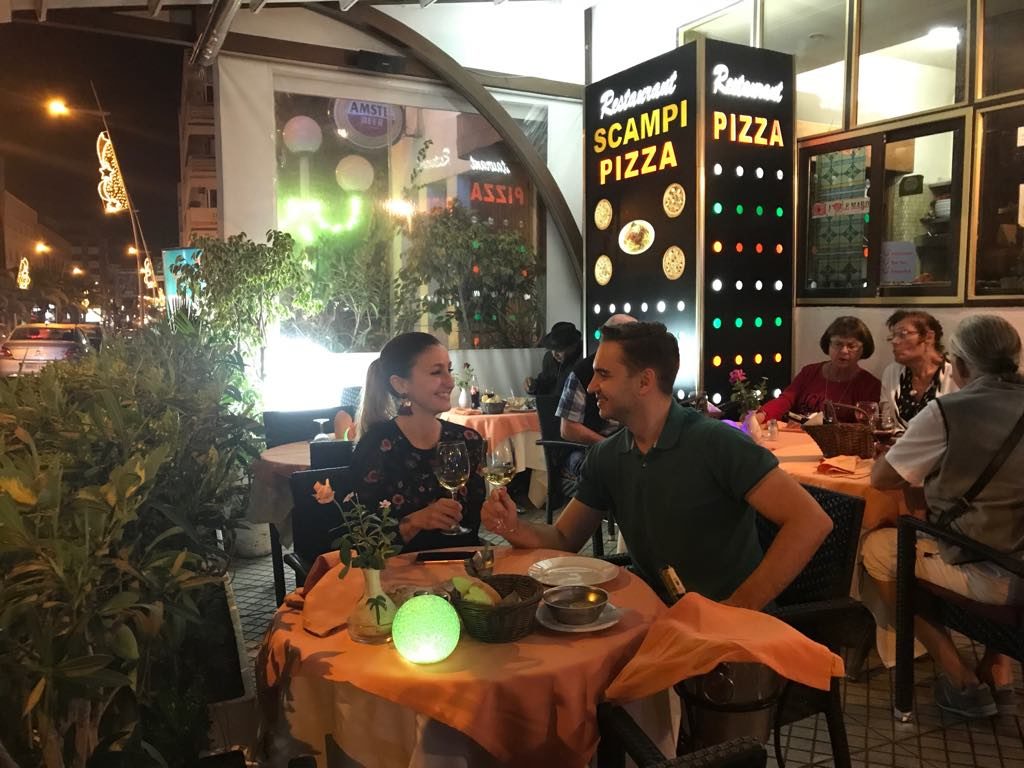 We visited Agadir again a day before departure to Budapest. Then we stayed in another hotel – Bo Hotel, the price per night 42,30 € with breakfast. Generally, the hotel was bland but at least we had a nice view from the balcony. 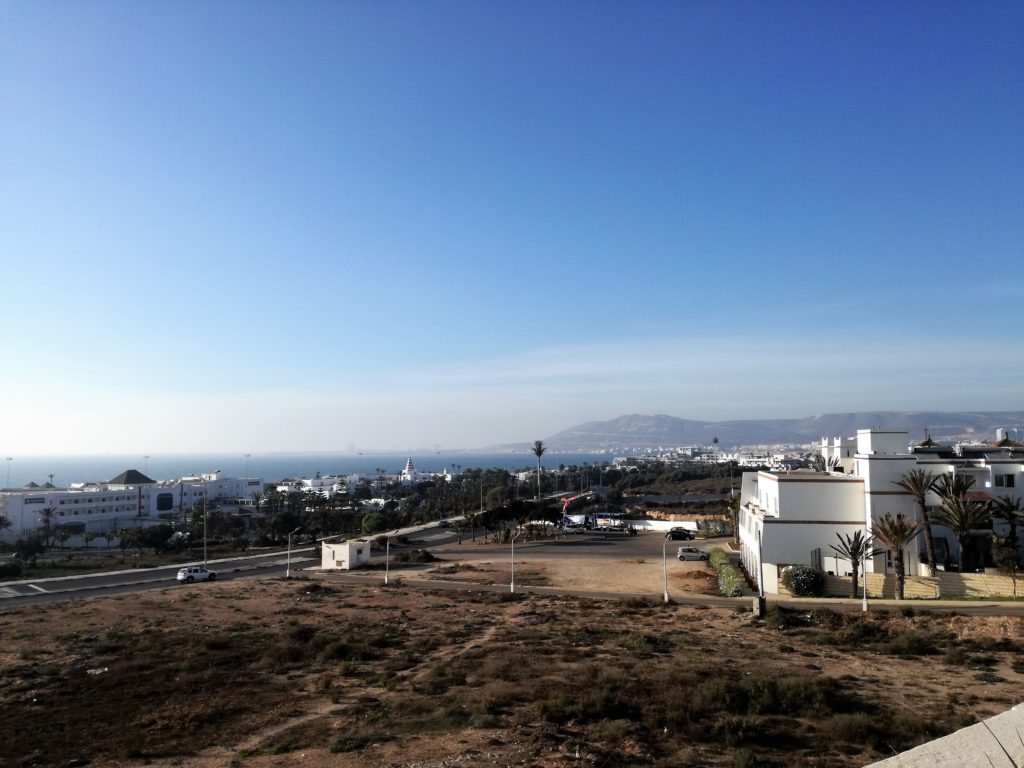 Before leaving Morocco, we had the last walk at the beach and around the city. 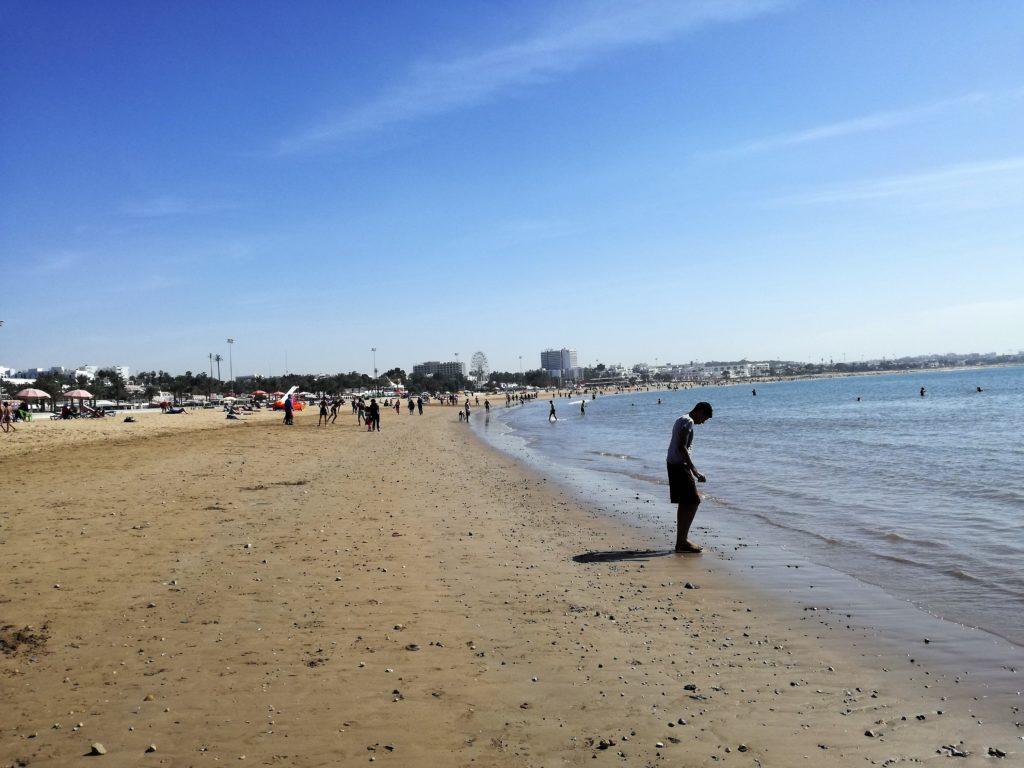 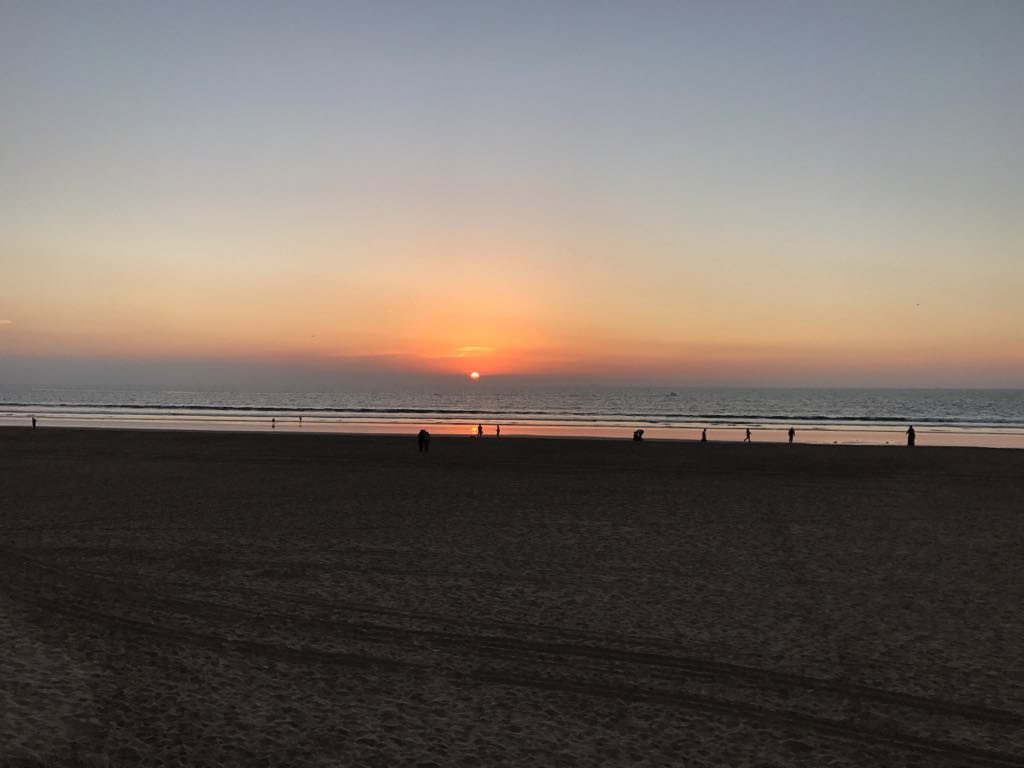